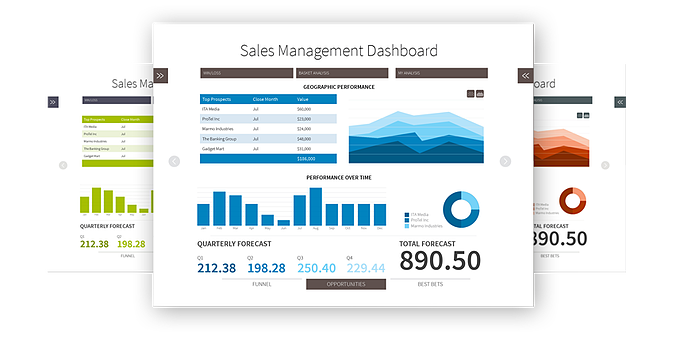 In the quest to improve operational performance, credit unions are looking for ways to take advantage of Big Data and Analytics. One area of interest is dashboards.

Dashboards are generally defined as easy to use, graphically appealing interfaces showing multiple key performance indicators. Senior managers are often enthusiastic supporters of the dashboard concept since these tools align with the broad scope of C-level responsibilities.

However, dashboard development projects often deliver less than expected benefits. Ironically, complaints vary between “not enough data” and “too much data”. O’Reilly Media just released a great book, Data Driven – Creating a Data Culture, that provides some guidelines for finding the right balance of information to include in dashboards.

Too much information can overwhelm users. There is a temptation to include too much in a dashboard. Carefully sorting out the high priority metrics from the “nice to know” variety will make for a less complex but more useable dashboard.

An important characteristic of a high priority metric is its action orientation. If the metric changes, does action need to occur? The importance and urgency of the needed action will dictate the metric’s priority for inclusion on the dashboard.

Like many data visualization tools, a particular dashboard configuration can outlive its usefulness. Users should be encouraged to continually question the utility of their dashboards. Consider a dashboard to be a constantly evolving tool that needs frequent refreshing.

Dashboards are popular but sometimes are criticized as more “eye candy” than substance. Far from being trivial, visually appealing dashboards can promote the usage of Big Data and Analytics in the organization. Developers need to maximize visual appeal by taking advantage of constantly improving dashboard software.

A great feature of many dashboards is alerts triggered when certain pre-defined thresholds are met or exceeded. While this can be very useful, care must be taken to avoid overuse of alerts. Alerts must be deployed carefully to drive appropriate action to achieve meaningful business goals.

Dashboards can be an important component in the effort to become a data-driven culture. Users and developers must collaborate to maximize the information value of these tools.