The Failure of Nokia: A Lesson about Credit Union Data

Credit unions have a great deal of data on their members - how much they earn, where they spend their money, how much their house is worth. Credit unions now have access to more data than they ever had before. But most fail to leverage that data, and this should be a big concern.

The corporate landscape is littered with companies that couldn’t see or refused to see, changes in their customers’ expectations. For example, Nokia was once the most popular mobile phone provider, dominating the market. However, the company relied on its reputation, which was stellar initially, and in its belief that it knew what the consumer wanted. The problem is that many consumers don’t know that they want something until they see it. Apple, on the other hand, introduced a phone without a keyboard in 2007, something Nokia refused to do until several years after the introduction of the iPhone.

Trellance just concluded its annual conference, IMMERSION19, where ideas and strategies took the shape of keynote presentations, breakouts and networking among credit union professionals. As in past years, there were many key takeaways. Here are the top 10 takeaways from the keynote presentations.

60% of all data analytics endeavors fail.

Tom Davis, President & CEO of Trellance, shared a warning in his opening keynote that many data analytics efforts within organizations fail more than they succeed—and cost more money than expected. Tom urged credit unions to consider partnerships to advance their moves into big data.

Credit unions have more data about some of their members than what Amazon knows about its customers, according to Erik Qualman, an author recognized by Forbes and Fortune as one of the Top 100 Digital Influencers. Credit unions need to be using their collective data to customize the member experience according to each member’s unique needs. That’s taking big data and making it small.

Digital leaders are made, not born.

Eric Qualman also spoke about how, with advanced technologies, everyone can exert more direct and indirect influence than ever before and become an effective digital leader — anywhere at any time.

Former IBM Chief Innovation Officer and best-selling author Linda Bernardi gave several examples of companies that didn’t see changes coming. Nokia, Motorola, Kodak, Blackberry, Toys R Us, were just some corporations that were blindsided by changes in consumer preferences and changes in technology. Linda suggested that companies have two choices – be the innovator or get pushed out of the way.

If someone is going to eat your lunch, it might as well be you.

Eric Qualman also shared the same cautionary message as Linda Bernardi regarding companies that need to innovate or be left behind. His perspective, though, was to not be afraid to disrupt your own organization. He gave the example that Netflix used to be in the business of mailing out discs; at its peak in 2002 Netflix was mailing around 190,000 discs per day. But the company also saw that streaming content was about to take off, so it created a streaming video product that cannibalized its own video-by-mail business, and upended Blockbuster’s market.

How is Digital Growth and Transformation Vital to my Credit Union? 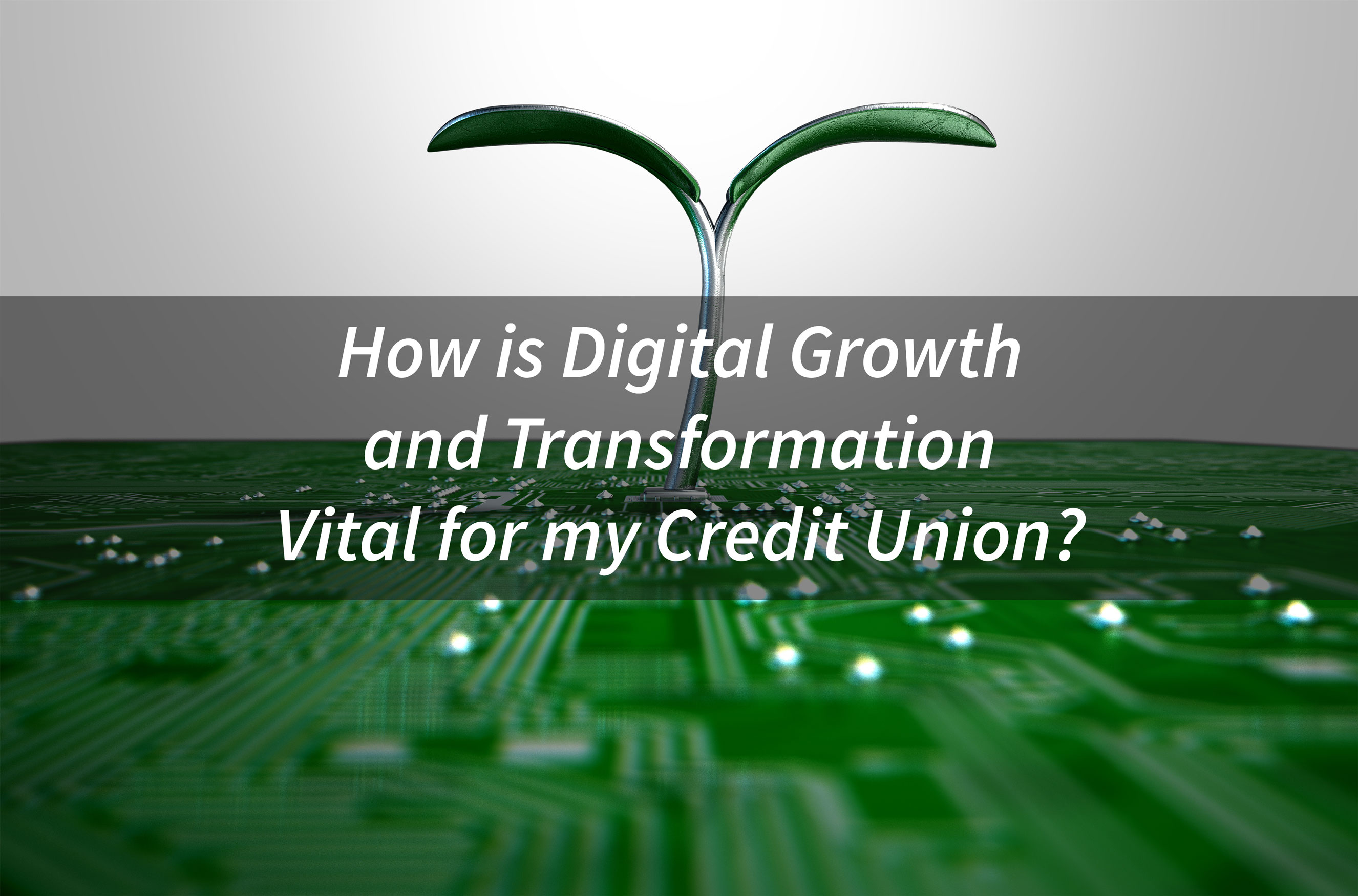 The traditional brick and mortar model has worked well for credit unions over the years. So long as they continue to deliver superior member experiences, that won’t change anytime soon. However, as more financial institutions offer mobile and online services, digital transformation will quickly grow in importance for your credit union.

Increasingly, the platforms on which credit unions engage and support their members are in the digital realm. While credit unions still offer phenomenal services in their brick and mortar branches, not all have the same level of digital sophistication typical of tech-savvy newer businesses. As younger generations begin their financial journey, poor technological performance will become an issue.

Who is the Competition?

Currently however, entire generations feel comfortable bringing their phones or other mobile platforms with them to disrupt perfectly good dates, game nights, dinner parties, and so on. It’s not abnormal to see an entire group of young adults sharing a table at a bar while staring at their phones.

Businesses that have embraced technological growth by developing applications, online support, and mobile functionality have prospered: think Netflix, Amazon, and any pizza company that lets you order delivery with an app (that’s phone application, not appetizer, although personally, I want the option for both).

If Netflix is going to build a media production and streaming empire by beginning with mail-order DVD rentals, then credit union digital transformation can turn a small brick-and-mortar branch into a mobile-friendly powerhouse.

The Death of the Branch: A Lesson for Credit Unions 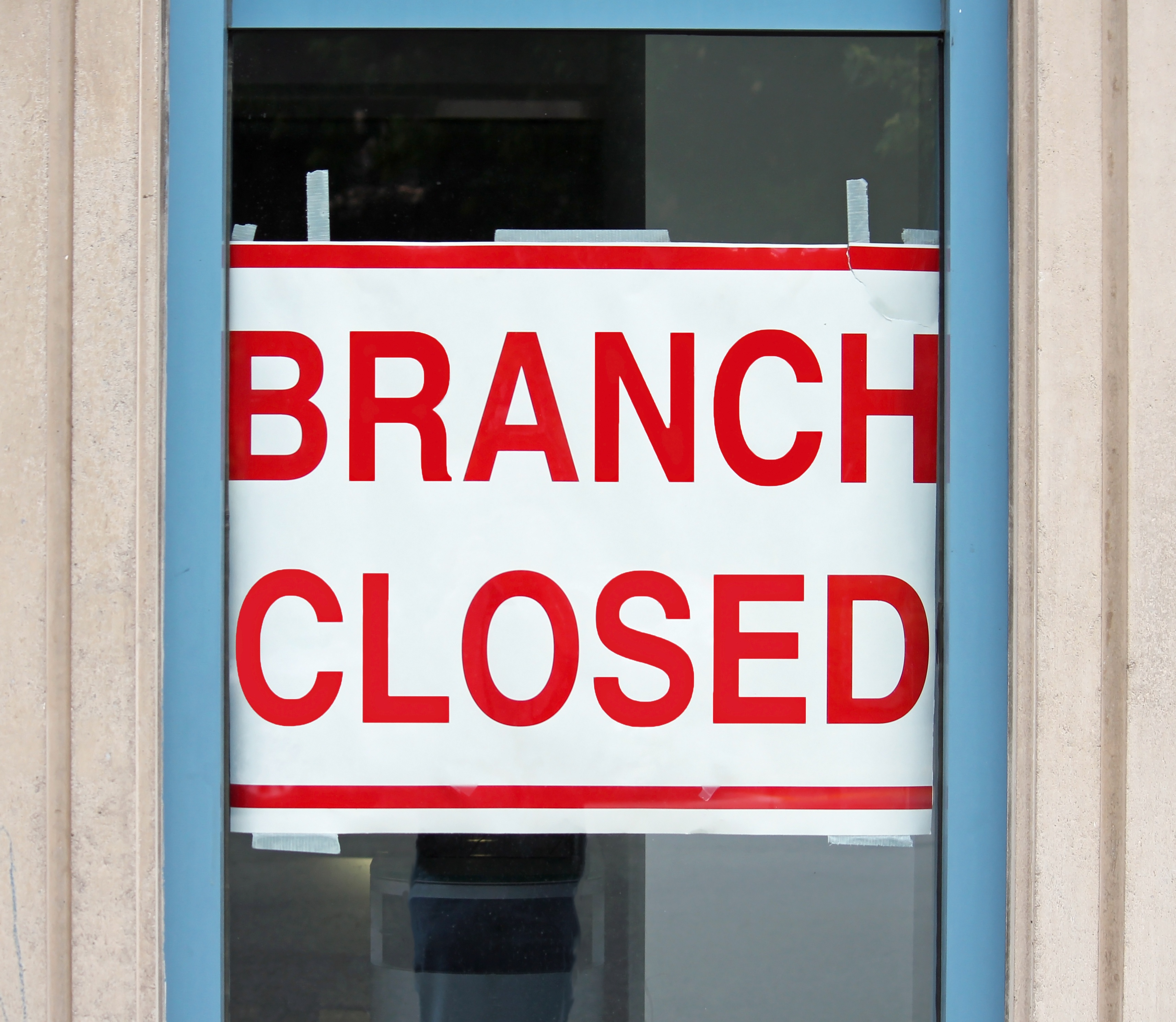 Just over 20 years ago, Amazon entered the book market with a simple mission – deliver personalized experiences to its customers and make each interaction unique and customized to the individual.  At the time, Amazon was just one man, Jeff Bezos, selling books out of his home. For the book market retail giants, Amazon was hardly a threat, just some crazy guy trying to compete with very large and long-established institutions – companies such as Barnes and Noble and Borders Books which had well over a thousand retail locations and were selling books hand over fist.  Well, we all know how that story ends - Amazon is one of the top retailers in the world and Borders Books is now bankrupt with its failing assets being absorbed by Barnes and Noble, which is still struggling today.